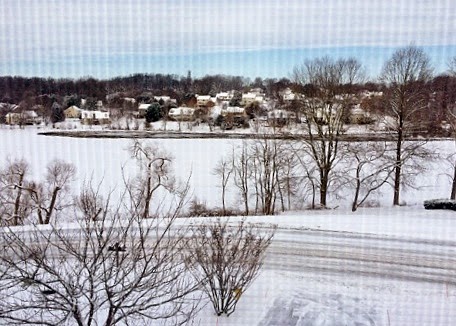 There have been SO many changes that I'll just have to touch on some along with the present happenings.  The big change is that we moved to the North!  Yep, this Southern girl is dipping my toesies in the snow instead of the sand!  Steve and I continually look at each other and say, "really?! we live here?!"  It is not all negative we just aren't used to the new climate...yet!  I took a picture of myself after trying to get the snow off my van after about 2 hours of snowfall.  Did you know that you have to knock the snow off before you drive away?  I thought it would just come off because of the wind but apparently that can be dangerous for those that are behind you.  Ugh!  Who Knew!?!?  So much to learn...  Anywho, I spent about 5 minutes in the snow trying to get it off of my van which resulted in a covered head so when I got in I clicked a pic to Facebook my snow covered self.  Strangely enough, it turned out a pretty good picture.  I have gotten lots of compliments and it still makes me laugh.  I'm a blessed girl.... 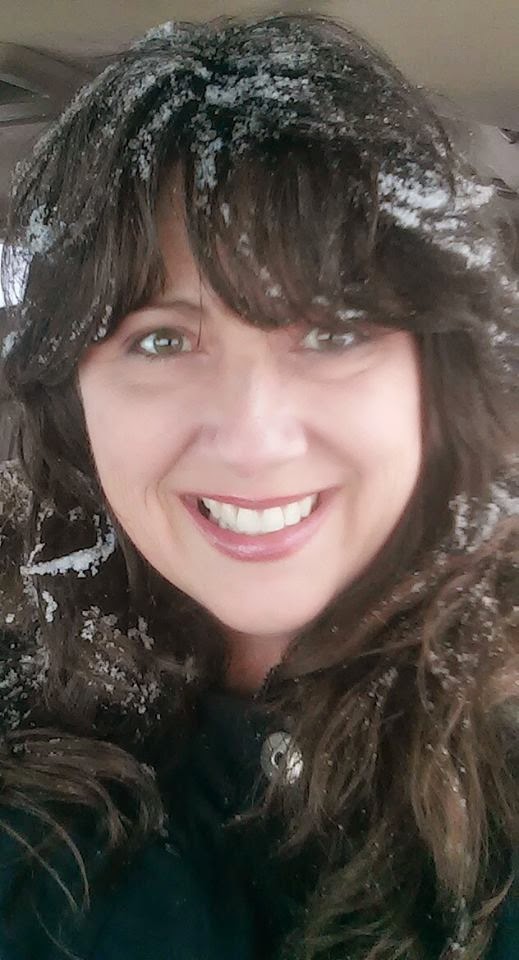 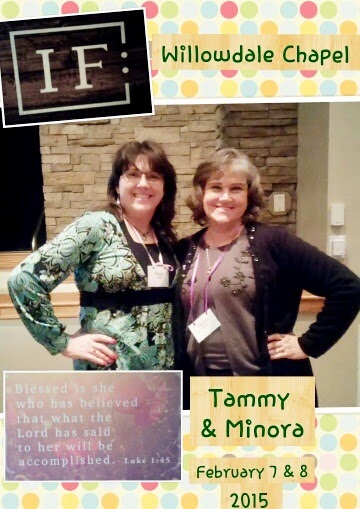 The only issue I am having with living this far up the East Coast is that I'm just that much further from my Momma.  Although, we live closer to an airport now so her trip is only about 5 hours.  I just got to enjoy her presence for two full weeks!  We enjoyed a girls weekend at the IF:Gathering, went to see the movie Paddington Bear, she was a part of the sledding fun and she did the laundry for my girls and helped me sort them.  (My girls (and I) have WAY too many clothes!)  We are paring down but it's not an easy task. 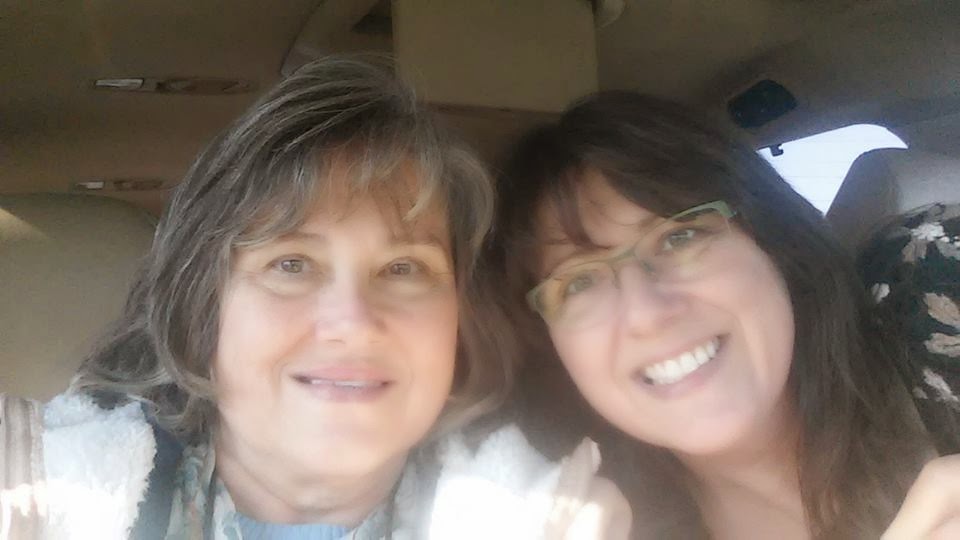 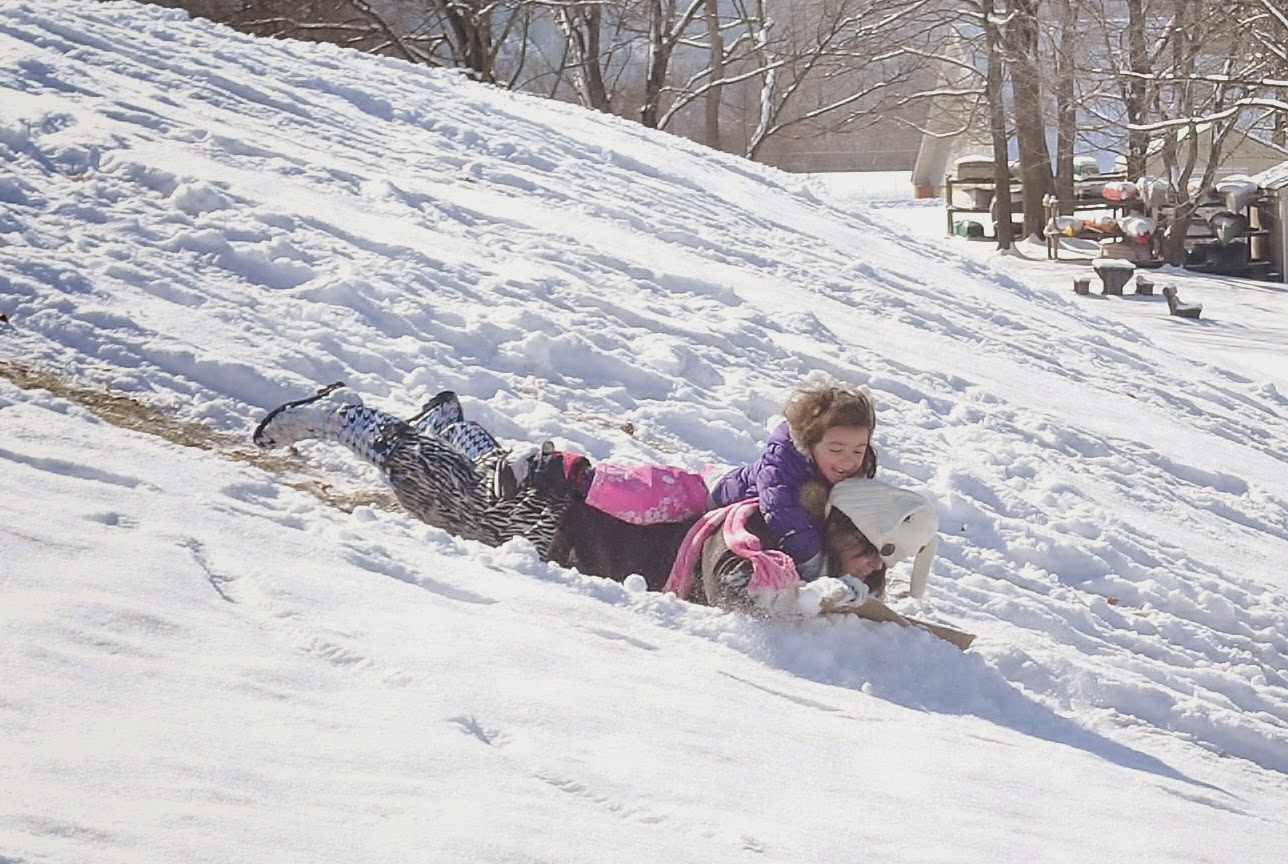 We went sledding the Redneck way last week.  We used cardboard boxes!  It was great fun!  We have a super cool hill right across the street from us.

The girls just celebrated Valentines Day at school.  This year we did Super Star Valentines.  I attached a bag with star sunglasses to a picture of the each girl and then they signed the back.  It was easy peasy.  Of course, I found the idea on Pinterest.  People can be SO clever! 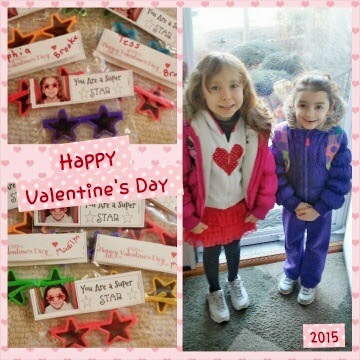 So, all in all we are doing great!  I haven't been the happiest since I got here.  I don't think it was a woe is me kind of sadness.  There have been A LOT of changes in our last year and a half.  I am so grateful for all of my life's adventures.  I think I just got overwhelmed!  I need to focus more on being joyful and being more of a joy to be around.  I haven't found my groove yet but I'm definitely moving in the right direction.  We keep saying that we are here for a reason and that God is in charge.  Now I just need to make that more of a reality and Believe!  Be happy, my friends!

I love to hear from you!!

Tammy
All glory goes to God for all of my blessings! I am a happily married chic that has the pleasure of being mommy to two princesses. I am eclectic in pretty much all that I do - there isn't much uniformity with me. I love God, I love my family, I love people and I love life! I hope to share the ups, downs, sideways and topsy turvy moments in my life - mostly just to document and if it just so happens to encourage or spark a creative flair in someone ... bonus!